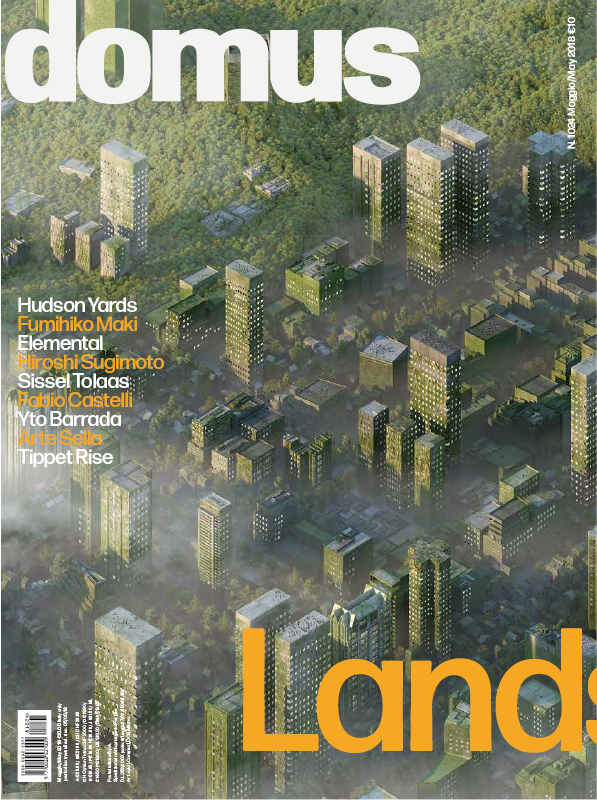 Between the conception and the creation

Between the emotion and the response

And on the Sixth Day, God created… the Shamir…! This tiny creature appears in several Jewish sacred texts, including the Talmud, as one of the ten miraculous creations of day six of the Hexameron. The Shamir was a worm, the size of a grain of barley, whose intense gaze could cut through even diamond, the hardest substance known to man. Such tremendous power needed to be both protected and contained, and for this God chose the Hoopoe bird, who – with the precaution of a nuclear launch code – sealed the minute but mighty worm into a lead box, the only material able to withstand its laser-like glare. The Shamir was kept safely encased, in the Garden of Eden, until required by Solomon as principle stonemason for his Temple. Since then, this curious but voracious creature seems to have gone quiet, but for the mysterious phenomenon of ‘vermiculated rustication’…

Rustication – the symbolic, sculpted transition from raw material to rarified architectural composition, takes many forms across a spectrum; from ‘Cyclopian’: coarse boulders hurled together with mythological strength where rock is carved to mimic a more primitive version of itself, to the geometrically pure, ‘diamond-pointed’; the armour-plating of Renaissance architecture. Rustication is a built metaphor for the transforming process of construction, from its geological origins, hewn out of natural rock, through to its civilising refinement as it leaves the ground and rises into the sky. All types are characterised and animated by the presence of shadow. Rustication adds actual and illusory depth to a facade. But none as powerfully as vermiculated – or ‘worm-eaten’- rustication, where the depth is both literal and metaphoric. This is architecture as ‘Momento Mori’; a portal to the Underworld, where the subterranean speaks to the subconscious, earthly Self.

Here, petrified organic traces and worm-eaten trails meander across the larger framework of stone courses and punctuate the overall façade. ‘Ruin’ reveals biographical narrative, manipulated into decorative pattern making. These organic forms are a rich counterpoint to the blank stare and glazed slickness of much contemporary building, where the viewer’s gaze is bounced off the surface through reflection, locked out of any real engagement with an impenetrable architecture.

Technology is allowing us to play once again with the idea of depth, and to sculpt the shadows between conception and creation. Organic modelling and 3D scanning are the breeding-ground for wind-eroded, maggot-eaten and exfoliating forms. The Computer Numerical Controller (CNC) is the new ‘stone-eating worm’, and can carve with a precision that would have mesmerised Grinling Gibbons. Laminar build systems can place impossibly thin layers of different materials on top of each other until a form emerges like Aphrodite from sea foam. These panels are the first of a series of new vermiculated rustications – geo-archeological forms that will make up the façades of new architectures. Some are routed directly into limestone, marble or concrete, others are moulded and slip cast in clay from the originals. Designed to hold earth and capture urban grime, these surfaces have an aesthetic that evolves as they generate their own life and miniature ecosystems. They are a 21st century architectural Vanitas, speaking of life, death, dirt and time.