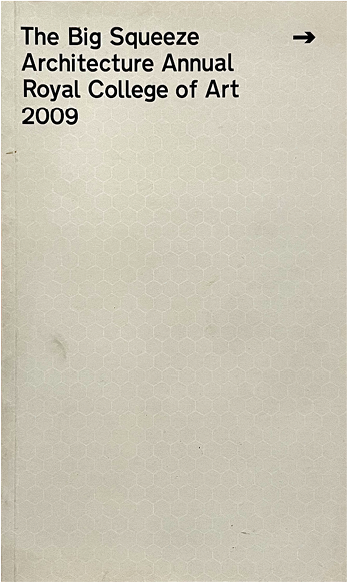 2008. The year of the ‘Credit Crunch’. A metaphor that becomes mesmerizingly literal with the McMansion foreclosures in suburban America, as bulldozers crash through the flimsy sheet rock, plywood and tar paper of reclaimed ‘new model homes’. These are fast, disposable structures; airhead architecture; inhabitable ‘building bubbles’.

The ‘Bushville’ is born. Hoover became synonymous with the slums that grew up across America during the Great Depression. After Black Tuesday, the President’s name stuck to the realities of the new hardcore ‘hobo’ existence; ‘Hoover leather’ was the cardboard that filled holes in shoes, the ‘Hoover Blanket’ was newspaper for sleeping under and the ‘Hoover Flag’, an empty pocket turned inside out. One of the latest ‘Bushvilles’ to appear in Sacramento, California had a population of 125 by March 2009. It’s growing fast. In 1930, in the largest US Hooverville in St Louis, the population reached 15,000, but it was racially integrated and democratically appointed its own Mayor.

This is architecture without money where the users create their own environment; a combination of hell and utopia.

Perhaps we’ve returned to the roots of the word ‘mortgage’, from the Old French for ‘death vow’ or ‘death pledge’…. But if building is partly to blame, it’s also one of the first casualties. What of its new status as ‘victim’?

What happens when architects can’t build? Either they stop producing altogether, or they continue designing outside the construction industry. They become ‘paper’ or ‘virtual’ architects. Suddenly the constraints imposed by clients, sites, money, political boundaries and even gravity, the laws of the pure and natural sciences, disappear. For a lot of architects, this is impossibly revealing. Only the ideas are left. Architects are presented with the truly blank sheet of paper and the isolation of the writer or composer. No site. No context. No client. No deadlines. No budget. Just silence.

Depending on the hostility of the context, the ideas might be more or less cynical, critical, experimental, or even legible. Early paper architecture tended towards public visions, utopianism and the architectural treatise, but with exceptions. In Francesco Colonna’s surreal, film-like 15th century narrative ‘Hypnerotomachia Poliphili’, or ‘Poliphilo’s Strife of Love in a Dream’, the object of the protagonist’s love is as much architecture itself as the woman he pursues through the story.

Claude Nicholas Ledoux was imprisoned shortly after the French Revolution for his association with the ‘Ancien Regime’ and his unpopular ‘Tax Barriéres’. But while ‘locked up’, he refined, reworked and simplified a lot of his earlier designs which he published as ‘Architecture Considered in Relation to Art, Morals, and Legislation’. In it, he also published the subversive phallus for the ‘Oi-kema,’ or ‘Pleasure House’, which though blatant in plan, could never be read through the perfectly respectable neo-classical perspective, or if built, by the public. The architect regains control through drawing.

Jean-Jaques Lequeu, a government bureaucrat and draftsman, and slightly younger contemporary of Ledoux, had an even more extreme and personal vision. He lived between a brothel and an obscure office where he produced not only his ‘Encyclopedia of the Universe’, elaborate architectural frenzies of imaginary cities, but also surreal, semi-pornographic images, which include a bizarre self-portrait as a bare-breasted nun. Where Ledoux developed a new architectural language, and used representation to disguise content, for Lequeu, paper architecture was an escape route from the mundane for which he was eventually fired.

Also in the 18th century, Piranesi produced his ‘Carceri d’Invenzione’ or ‘Imaginary Prisons’. Densely etched lines reveal apparently endless labyrinths through vast Kafkaesque spaces. These fantastic ruins were monsterous aggregates of Piranesi’s careful recordings of real Roman architectural decay. They prompted Thomas de Quincey into feverish architectural fantasy in ‘Confessions of an English Opium-Eater Part Two: The Pains of Opium II’. In the Carceri, de Quincey sees endless iterations of the artist as the inmate of his own nightmarish architectural vision:

“Creeping along the sides of the walls you perceived a staircase; and upon it, groping his way upwards, was Piranesi himself: follow the stairs a little further and you perceive it come to a sudden and abrupt termination without any balustrade, and allowing no step onwards to him who had reached the extremity except into the depths below. Whatever is to become of poor Piranesi…”

Most people involved in architecture today are aware that the last recession – no money – effectively honed the visions, iconography and careers of a lot of the high profile architects who are building prolifically now; Rem Koolhaas, Zaha Hadid et al. Much has already been written about Cedric Price and Archigram, whose brilliance was founded on paper. But it was a reaction against failed utopian ideas that created the Russian ‘Paper Architecture’ movement of the 1970s and 80s. A small group of young visionaries, most graduates of the Moscow Architectural Institute in the first decade after Perestoika, grew into a large association of over ten groups and fifty architects. The visual arts, film, literature and theatre were all raided for means of expression.

In the 1970s, Alexander Brodsky and Ilya Utkin developed brooding illustrations that suggest macabre Orwellian thought-police and oppression. This was architecture as protest; against a bleak ideological legacy, utilitarianism, standardized production, corruption and state control. Paper Architecture represented freedom. Some were dystopian visions of the urban future, such as Igor Khatuntsev’s ‘Catastrophe Shelters’ and his 1993 project ‘The Robot Factory’, where machines effectively take over.

‘Russian Utopia: A Depository’, shown at the Venice Biennale in 1996, is an astonishing conceptual project curated by Yuri Avvakumov, who views “Russia as a graveyard for a myriad of unrealized building projects”. Under the Moscow Utopian Foundation, this was an archive of 480 futuristic visions over three hundred years, but with a focus on the Constructivists of the 20th century. Vast Kiefer-like plan chests, like soviet tombs, make visible the sheer monumental number of visionary un-built projects. They contain blueprints, drawings, models, photographs, as well as new pieces and fly-throughs based on the creations of Tatlin, El Lissitzky and Leonidov. They also contain work by the ‘émigré conceptualists’ Komar and Melamid, including their “proposed collaborations with beavers and termites” .

Computer games are the new sites of vast imaginary landscapes and un-built architecture. Buildings and video games are now designed using the same software and digital packages. Given this, how far do the similarities go? Do they just share the same tools or are they more fundamentally connected?

Why is there such a big gap between the aesthetics of the virtual and fantasy gaming worlds, and the built world as designed by architects? Can the difference between utopian ideals and fantasy worlds be bridged by architecture and translated into a built reality? Why do a generation of architects and architectural students leave their modernist or parametric paradigms behind in the office or at college, and relax in the escapist universe of computer games and movie sets? Where would they really rather be?

Could the richer, more evocative virtual architecture be made real without the hollow desperation of a Las Vegas shopping mall? Is there a new architecture that could engage the imagination and memory in a more narrative and filmic way without being kitsch? Must imaginative architecture really only exist in the imagination?

In ‘The Gaming Life, Travels in Three Cities’, and in conversation with Geoff Manaugh online, games critic Jim Rossignol looks at a virtual world called ‘EVE’. Its designers have produced the framework in which users can create their own environment, but which structurally differs from other online games in that the players all share the same space. It has never been switched off since its inception, leading to an incremental development. The designers were often surprised by the way the game evolved. Rather than immediately arming themselves for instant battle on arrival, the early users discovered ways of extracting minerals, and so began a mining industry, which then led to trade, and eventually a stock market. Already critics of the game are concerned that if the pattern of recently formed alliances continues, eventually everyone will be allied with each other, causing the virtual arms industry, and with it the economy, to collapse. In other words, the gaming world is coming to the end of its own virtual equivalent of the Cold War, and is entering its own economic crisis. Why did it take us so long to get there in the real world? Meanwhile, in other similar games, virtual real estate is being traded for large sums of real currency outside the computer. Will these worlds mirror the real and descend into ethereal Hoovervilles?

The emphasis is explicitly not on war in the game called ‘Love’. Eskil Steenberg, a former programmer, has designed his own tools, which use procedural algorithms to constantly generate new events and allow the users to build the architecture, cities and societies themselves. The scenes that have emerged so far look like communal expressionist paintings.

On the site he explains; “In Love, the story is not something that is ‘pre-scripted’ but something that is organically created while you play… Some just happens by itself. Sometimes it disappears and makes you sad. But then again, you know that kind of thing can’t last. It’s a balancing act between love and loneliness.”

Are games designers the new existentialists?

What happens when the ‘Paper Architects’ are finally able to build? When the money and politics are in their favour? ‘License to build’ often means license to kill the integrity of the paper originals. The translation of magical idea into built development can have the effect of turning light into mud. Money can extract Faustian pacts from even the best architects. As Anna Sokolina observed , when some of the former paper architects such as Sergei Kiselev, Evgeni Krupin and Alexey Bavykin, became architects for the ‘new rich’ in Russia – the names of the clients were often kept hidden. For many Russian architects who wanted to build, the choice was between corrupt officials expecting kick-backs on commissions, or criminal connections with the mafia. Sergei Kiselev , commenting on how he is perceived by his ‘sworn friends’: “Kieslev, they say, can find his way between the raindrops; he’s an affectionate calf sucking two mothers. But I’m absolutely sure that an urban architect should have a talent for finding a compromise between the greed of the client and the constraints imposed by the city.” Then there is the muscley, ‘star-chitecture’ built by their European counterparts in the Far and Middle East, particularly in Beijing and Dubai, justified by pretty thin, or cynical, rhetoric.

One effect of playing computer games is an almost immediate improvement in visual processing; this happens within hours. What are the ramifications of a new ‘super-visual’ human? Perhaps this will define two directions forward for the future of architecture; the ‘super-visual’ experience of the virtual world where sight is privileged, versus a ‘hyper-haptic’ built world, which could address the other senses in a more tactile, material-driven and memory-based response.

What is striking is the similarity of visions in architecture, literature, film and computer games, in collective dreams and nightmares. From Piranesi’s prisons to the mysterious ministry building in ‘The Palace of Dreams’ by Albanian writer, Ismail Kadare, to the evil villians’ lairs in Batman films, the visual language is fairly consistent. Finally, like getting lost in a hall of mirrors, the steampunk role-playing videogame Castle Falkenstein is based on a real but unbuilt project of the same name. Filled with Baroque special effects, it was the last castle planned for King Ludwig of Bavaria. He drowned under mysterious circumstances that prevented his country being bankrupted by his architectural extravagances.

Perhaps some of the sublime, magical and even sinister qualities of these Jungian dreamscapes could be translated convincingly and with originality to the real world. Retreating to the world of paper architecture for the moment might allow some time to think. What is being designed, for whom, and why? The word and the drawing are powerful critical tools. It might return a little soul to architecture, and some intellectual integrity and strength to the architect.