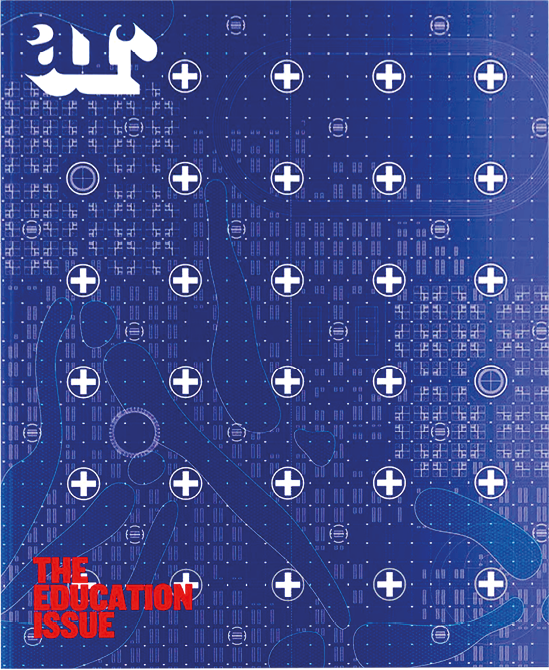 The Art of Protest

Once every five years, an extraordinary event is orchestrated in the central German town of Kassel that acts as antidote or ballast to the slick, helium filled selling frenzies of the art-world, trade-fair circuit. dOCUMENTA was founded in 1955 by artist/designer Alfred Bode, rather improbably as an adjunct to the local horticultural show. Bode devoted this first event to ‘Entartete Kunst’; the ‘degenerate art’ identified and rejected by the Nazis. dOCUMENTA is where Joseph Beuys’ began his 7000 Oaks in 1982, planting 7,000 trees throughout Kassel over five years and where AiWei Wei imported 1001 people from around China for the duration of dOCUMENTA 12 in a piece called ‘Fairytale’.

The resonance of the site adds to the weight of the project and is deeply embedded in the concept of dOCUMENTA. Kassel was founded in the 12thC, became a refuge for Hugenots in the 17th, was notorious for selling mercenaries to the British in the late 18th, then became the headquarters of Germany’s forced labour Wehrkreis IX, and a sub-camp of Dachau during WWII, producing military tanks for the National Socialists. 90% of the town was bombed as a result, and the remaining grand scale historic elements now float like cruise ships on a sea of provincial 1950’s architecture. Kassel was also the home of the Brothers Grimm, which adds another enchanted layer of narrative to the place. It acts as a condenser for European physical, psycho-sociological and cultural history, overlaid with the cumulative traces of former dOCUMENTAs. The show questions the very nature of art itself, and gives a powerful insight to current preoccupations within the art world, allowing the work to remain undistorted by commerce. It is important.

dOCUMENTA 13 was curated by Turin based Carolyn Christov-Bakargiev, former senior curator at PS1 in New York. Christov-Bakargiev’s approach is very linked to ‘place’ or, in her words, “the importance of engaging with a site and, at the same time, producing a polylogue with other places. A place is no fixed thing; it has an episodic history and takes its particular aspect through an intense immersion.” She greatly enlarged the scale of the show to include not just the ten major dOCUMENTA venues in Kassel; such as the Fridericianum, the Ottoneum and the Orangerie, but opens it up to include locations in the the Baroque Karlsaue park and the industrial spaces around the historically loaded Hauptbahnhof. She extends inward, using ‘bourgeois’ [sic] spaces that continue their normal daily function during the show, and outward, far beyond to sites in Kabul, Alexandria, Cairo and Banff (Canada).

193 artists have contributed work in Kassel alone, (300 including the other locations), which is shown over 100 days. The scale is vast, but the effect of individual pieces can be profoundly intense and intimate. Any review of the show can only be an incomplete list of the best pieces, but the sense that the whole is never grasped or graspable is part of the poignancy of the experience. The Fridericianum, which Christov-Bakargiev rechristened ‘the brain’, contains a crystalline distillation of some of her major themes. Here new pieces sit alongside old, and her elegant skill of curation through juxtaposition is made most tangible.

In ‘The Brain’, Tamás St. Turba ressurected the Czechoslovak Radio of 1968: a ‘new underground technology’ invented to resist soviet occupation. In fact, the Czechoslovak Radio wasn’t a radio at all, but a brick that people pretended to listen to in protest. Although they were incapable of broadcast, thousands of brick radios were confiscated by the army. St. Turba suggests that they are, “the mutation of socialist realism into neo socialist realism: a non-art for and by all.”

Ryan Gander’s installation I Need Some Meaning I can Memorise [The Invisible Pull] was a climatic one; a breeze circulates through the main spaces of the Fridericianum creating an uncanny physical presence.

Here too were 900 tiny, careful portraits of apples by Korbinian Aigner the ‘apple priest’ and botanist whose anti-Nazi statements and refusal to baptise children with the name Adolf led to his imprisonment in Dachau and Sachsenhausen. While there he created four new strains of apple, one for each year he was held. He called his anarchic life forms KZ-1, KZ-2, KZ-3 and KZ-4; ‘KZ’ being the German abbreviation for concentration camp. KZ-3 is still grown today, but in the 1980’s was rechristened the ‘Korbinian Apple’.

Tacita Dean reproduced whole mountains of Kabul, and rivers over-swollen from melting snow, in delicate chalk marks on walls of black board in the basement of a former finance building. The pieces had a fundamental power and geological timelessness.

In the Orangerie, normally the Cabinet of Astronomy, Physics and Historic Scientific Instruments, David Link’s work LoveLetters_1.0(2009) revealed the tender declarations of the Ferranti Mark 1 computer in Manchester University, automated texts written to a programme developed in 1952 by Christopher Strachey, software designer and colleague of Alan Turing. This evidence of ‘computer love’ exposes the heart of the ghost in the machine.

Pierre Huyghe created an eerie, post apocalyptic landscape from the composting heap of the Karlsaue park that was strangely both ‘with’ and ‘against’ nature at once. Uprooted trees and twisted roots lay among wildly overgrown half familiar plants; nettles, convolvulus, digitalis, cannabis, deadly nightshade, Afghan poppies; psychotropics and aphrodisiacs. At the centre, the head of a reclining statue is encased in a beehive that throbs with hostile life. Two dogs encircle the site reinforcing a sense of feral otherworldliness; one an albino greyhound with a front leg painted fluorescent pink.

Perhaps the success of dOCUMENTA 13 can be measured by its transformative power which lingers long after the event where the qualifiers of art become blurred. Suddenly almost everything can be read as art, lending itself to a different level of scrutiny. One is left with the impression of an infinitely receding hall of mirrors where elusive reflections gently ossilate between observation, introspection and possibility and raise the question, ‘is this art?’