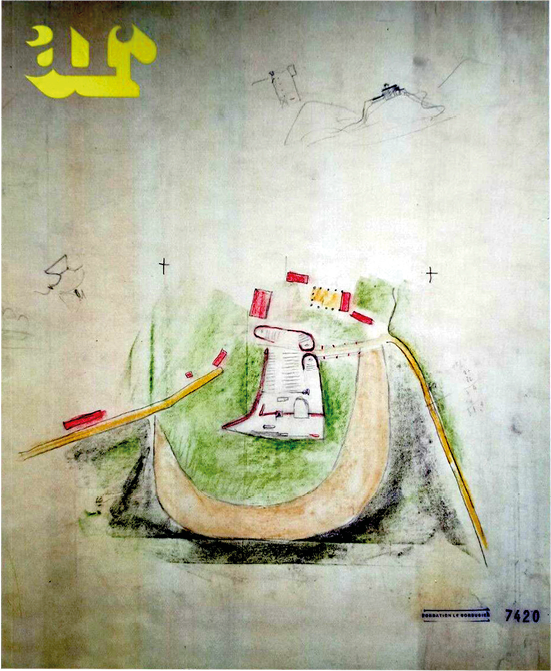 There are 67 steps between the Euston Road and the Henry Wellcome Auditorium at the Wellcome Trust. I mention this because soon we may be ‘encouraged’, ‘nudged’ or even forced to climb them by government-sponsored, architect-designed policies that aim to make us, as a population, less fat. ‘Architecture as Antidote: Should Cities Make Us Fit?’ was the question asked at the keynote debate for the London Festival of Architecture, ironically held on July 4th, Independence Day.

Vicky Richardson, Director of Architecture at the British Council, introduced the debate and the ‘Playful City’ theme of the London Festival of Architecture, a title which in this context conjours up the metropolis as perky aerobics instructor. Claire Fox, Director of the Institute of Ideas and panellist on BBC4’s The Moral Maze, was a perfect chair and animated agent provocateur who openly declared her aim to make the four participants fight with each other.

Mirko Zardini, the Director of the Canadian Centre for Architecture recently curated the exhibition Imperfect Health: the Medicalization of Architecture. This, and his collection of critical essays of the same title, is a cry for demedicalisation. He is disturbed by architecture pretending to be the ‘cure’ for something. “Architecture is simultaneously much less and much more than that”, he said, and argued against a reductionist view of society seen “only through medical eyes” which would lead to an outcome too mechanical and predictable, and with a hidden moral agenda.

Peter Murray is an architect and editor who launched the London Architecture Biennale, now the London Festival of Architecture, of which this debate is a part. He asked whether architects had a “moral duty to incorporate ‘cures’ into their buildings”, and then answered himself, “No, but they have a moral duty to avoid anything injurious”. His position seemed milder than some of the others as he pointed out that architecture itself is a constraint, “otherwise we would all just be living in one big open dome”, and used bicycle helmets to illustrate a moderate position towards relationships and risk. If people were forced to wear helmets, he argued, there would be fewer accidents, but also fewer riders. “Don’t force people to wear helmets or climb stairs,” he concluded, “but give them the option”.

Richard Horton, the editor of The Lancet, and David Burney, an architect and the Commisioner of the New York Department of Design and Construction, represented the other extreme of the debate. Horton painted a bleak view of the city, using medical imagery from an architectural source with Frank Lloyd Wright’s quote: “to look at the cross section of any plan of a big city is to look at something like the section of a fibrous tumour.” And went on to argue that cities are ‘not medicalised but mechanised’, that we are living an ‘accelerated and sterilised life’, that we ‘swarm through the city in a demoralised way’ towards ‘damage and death’, from which ‘alcohol and sex ‘offer only brief respite.

David Burney produces Active Design Guidelines to fight the ‘war on terror’ and the ‘epidemic of obesity’. “Why are fat Americans a concern to architects and planners?” he asked, “Because obesity is an urban design problem”. Burney seemed to have the most faith in the transformative power of architecture and saw not only health, but also climate change, immigration and gun control as issues that federal and state level failed to solve. “This is where cities have to take over”. Mid-argument, however, both Horton and Burney shifted the fundamental problem from health to social inequality. They spoke of the large gap between the rich and poor: here was Burney’s “social inequity” where property prices and obesity are linked and Horton’s “social gradient”. “Architecture needs to reduce that inequality”, Horton announced. But how?

Claire Fox mischievously pointed out that when the BMI index redefined ‘overweight’, the medical profession effectively created 25 million obese overnight. She accused the Lancet and medics of creating a moral panic in a language taken up but not understood by those making the new legislation. There is something uncomfortable about the use of the word ‘epidemic’ in the absence of a conventional ‘infectious agent’. ‘Epidemic’ suggests the helplessness of a passive, infantilised society, preyed upon by cup cakes and cotton candy.

But surely the decisions that lead to inequality are political, economic and social, not architectural? And are the people who have brought us MacDonalds and Coca Cola as sponsors of the Olympic Games the same people who are complaining about an ‘epidemic of obesity’ and trying to invent legislation to reconfigure the built environment to correct it? Has a political and economic problem been turned into a ‘health epidemic’ that architects and urbanists are now expected to solve?

Vicky Richardson was the only one to openly salute the humane, cultural and intellectual role of architecture, qualities implicit in Zardini’s demedicalisation. But perhaps it’s already too late for architects. In 2004 the NHS Urban Development Unit or ‘HUDU’, seems to have vaulted over architects entirely, landing directly in planning legislation. Their aim is to ‘narrow health inequalities’ through the ‘alignment of health and planning strategies’. Architects presumably will just follow their commands. HUDU wasn’t mentioned in the debate, a dangerous oversight perhaps.

Taking the stairs back out of the building leads past the Wellcome exhibition space. Brains: The Mind as Matter was an excellent show which included many actual specimins. Suspended like small clouds, these mysterious and isolated containers hinting at human consciousness seem somehow prophetic in the context of this debate.

Maybe brains in glass cases are the answer if an ‘evidence based design’ trajectory is taken to its logical conclusion where architects are found to be redundant. All the messy poblems and ‘urban design challenges’ of being human are cut away. Social interaction is a waste of space that leads to terrorism. Isolate the brain, reduce the human condition, and put it neatly into a box. Based on lots of evidence, the design is efficient, easy to stack and the problems of space, light and obesity become completely obsolete.